The Best Way to Take a Pill 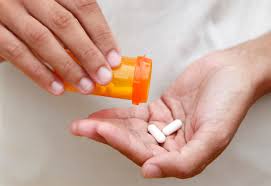 I came across an interesting article about a week ago regarding the most effective way to take a pill. The result was totally surprising…and non-intuitive. I thought the question was so interesting that I decided to do a Twitter poll, asking the question “What’s the most effective way to take a pill?” I provided four choices: (1) standing upright, (2) sitting upright, (3) lying on your right side, (4) lying on your left side. The poll results surprised me a lot less than the article results did: 77% of respondents chose standing upright, and 23% of respondents chose sitting upright. The correct answer is lying on your right side…and the reason is…in that position a pill lands in the lowest part of the stomach where the pill dissolves and is absorbed into the intestine…at a faster rate than when taken in the other three positions. The article describing the results of the study, performed by a team from Johns Hopkins University, can be found here.

This entry was posted in Uncategorized. Bookmark the permalink.